When Ange was sexually assaulted by her teacher as retaliation for tardy school fees, she didn’t tell anyone. The 14-year-old girl remained silent until her stomach began to grow, and she felt nauseated and dizzy. She finally decided to tell her parents, who took her to a health center and then to the police station to see Justin. Justin is the police officer in charge of sexual violence cases in Bunyakiri, a village surrounded by mountainous forests in Kahuzi-Biega National Park in the conflict zones of the eastern Democratic Republic of the Congo (DRC).

When Ange shared her story with Justin, he wondered how he would be able to uphold the law and secure justice for her given the massive obstacles ahead of them. He listened closely as he wrote a part of her statement on a piece of paper. While the police station usually lacks paper and other basic supplies, Justin had fortunately kept some paper and pens from a forensic training with Physicians for Human Rights (PHR). With criminal proceedings hinging on the information he captured, Justin had to select the most important elements of Ange’s disclosures so that the essential narrative could fit on the few pieces of paper he had in his possession, then hope they wouldn’t be lost or used as tissue or kindling, as sometimes happens to papers in the station.

When questioned by the police, the teacher confessed. He had raped Ange, as well as other young girls who had remained silent so that they could continue to study. Justin sent a message to the prosecutor of the small town of Kalehe, 100 kilometers away from Bunyakiri. The prosecutor asked him to send the police reports as quickly as possible so that the teacher could be arrested. He also asked that all of the known victims receive medical exams so that he could integrate the standard medical certificates into the proceedings.

Justin asked the prosecutor how he would pay for the $40 taxi and armed guard needed to escort the teacher to Kalehe. He asked his district’s police chief how he would pay for the paper needed to record interviews with the other young victims who had been identified – or for the paper that the health center would need for the medical certificates.

Ultimately, Justin asked himself how he would possibly be able to bring the completed case to Kalehe in the requisite 10-day period before the prosecutor would be required by law to request that the rapist be freed, and the public action be halted.

While there is no electricity in Bunyakiri, the internet does work with the aid of generators and solar batteries. It works quite well, in fact. If Justin could send the victims’ statements, pleadings, and medical certificates, as well as the police reports and photographs directly to the prosecutor through a web-based system within the requisite 10-day period, he would not have to release the criminal. He would then have three months to transfer the accused to Kalehe. With the support of Wehubit, PHR is working with partners in DRC to expand usage of MediCapt, a mobile application that digitizes the collection and documentation of sexual violence evidence and preserves it for court prosecutions. MediCapt will serve as an important resource for police officers all over the DRC, who are doing their best to secure justice for victims of sexual violence. The app can be used to compile medical evidence, photograph survivor injuries, and securely transmit the data to authorities engaged in prosecuting and seeking accountability for such crimes. The app was collaboratively designed with PHR’s partners in the DRC and Kenya to ensure that it works in the realities of where our partners work -- for example, the app works both on and offline. In this situation, Justin would have been able to use MediCapt to efficiently compile and transfer the necessary information to the prosecutor within the requisite 10-day period.

MediCapt will not be a panacea for all of the issues involved in securing justice for survivors of sexual violence in the DRC. However, for Justin and other partners in the medical, legal, and law enforcement sectors, MediCapt will be an important step forward in increasing survivors’ access to justice using forensic evidence. 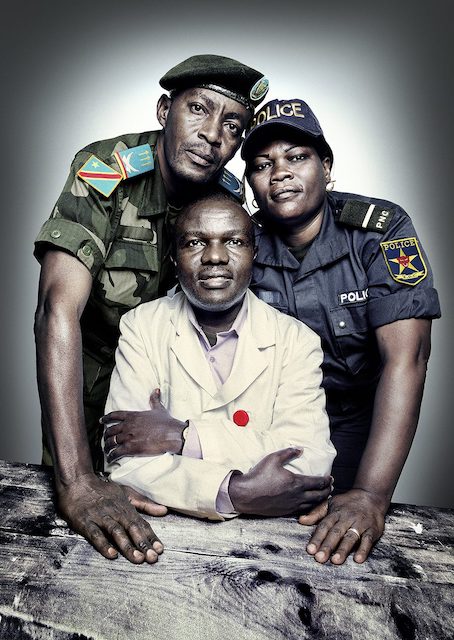 Note: Names have been changed for security reasons.